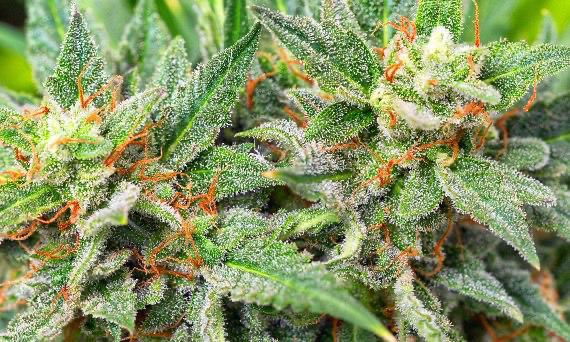 Chemical substances called terpenes are responsible for the scent of the cannabis plant. They are produced in the trichomes, the resin glands found on the cannabis flowers and the adjacent mushroom-shaped leaves.

Humulene is a terpene responsible for the woody, spicy and earthy scent of the cannabis plant. It is found naturally in ginger, cloves, basil, and sage also. In addition, it is one of the basic terpenes found in hops, which makes it extremely important in the beer production process. Like other terpenes, humulene is a secondary metabolite in plants. It is not directly involved in their growth, development, or reproduction, but it protects the plant against bacteria and fungi, and increases its tolerance to changing temperatures.

Humulene has antibacterial, anti-inflammatory, and cancer-fighting properties, which is why it attracts the attention of people suffering from various diseases. The best-known effect of this terpene is its anti-cancer effect, which is great news in response to the ever-increasing number of cancer cases.

Plant Medica magazine presented the results of research on the anti-cancer properties of balsam fir oil, which proved that humulene is its main anti-cancer component. The research in the article shows that humulene derivatives have a strong cytotoxic effect on cancer cell lines, thanks to its ability to induce the growth of reactive oxygen species (ROS). It can damage cellular structure, which is an ideal mechanism for cancer cells. Based on analyses, it was also found that this terpene is far less toxic to healthy cells than to neoplastic cells.

Thanks to the increasing progress in cannabis research, in addition to cannabinoids, terpenes and flavonoids are also gaining more recognition.